Today’s 5-4 Supreme Court decision in the Espinoza v. Montana Department of Revenue case is a disappointing loss for our country’s public schools and the 50 million children that attend them.

Public schools in every community across the country face unparalleled financial challenges, and the High Court’s decision will further exacerbate the pressure on public schools to educate schoolchildren as they work to reopen safely in the fall. Indeed, the Court’s decision has opened the door to the harmful redirection of scarce public dollars away from local public schools, and it invites both the entanglement with and potential regulation of religious instruction. It also emboldens the policymakers that are carrying out a campaign to undermine public schools.

States historically have committed themselves to supporting public education by restricting the use of taxpayers’ funds for religious schools. The policy choice is consistent with states’ long-standing objective to promote religious freedom by steering away from state funding of religious endeavors.

Importantly, under today’s decision, states retain the right to choose to fund public schools exclusively as a matter of policy without funding private schools. State legislatures everywhere should act now to erase the long-sought loophole opponents of public schools have gained, by rescinding short-sighted voucher programs and tax credit schemes aimed at redirecting public dollars to private schools with no accountability.

The American people are quite clear that they do not want public taxpayer dollars to be taken from public schools to provide revenue to private or religious schools. A 2020 national poll conducted by the National School Boards Action Center found that taxpayers believe this is the time to invest in public education, not take from it. They want policymakers to take positive action to enhance public education, not ignore public schools or take action that would harm millions of students. And they unequivocally want public funds to stay in public schools.

Public education has a vital role in preparing children to be contributing members of their community. Now, more than ever, amidst the unprecedented challenges currently facing our country, we must do everything we can to meet the needs of students and communities. Today’s decision by the Supreme Court makes that vital mission much more difficult. 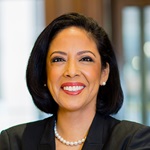 The Center for Public Education selected relevant data from the Condition of Education to help school leaders not only monitor the educational progress of Black students, but also rethink what public schools can do better for Black students.