The green schools concept is not new, and the benefits of environmentally conscious buildings and facilities practices are well documented. Such practices save energy and money. They contribute to the health and well-being of students, employees, and the community. They can help with teacher recruitment and retention.

However, as climate change concerns grow, it might be time to revisit your facilities management plans. New practices and technologies have emerged to help keep up with new climate challenges.

According to Anisa Heming, director of the U.S. Green Building Council’s Center for Green Schools in Washington, D.C., district leaders increasingly are considering their role in mitigating the climate crisis: “I’ve been doing this work for 14 years, and I’ve never seen this much conversation about the way that schools contribute to global climate action.”

Of course, climate challenges vary by geography. Districts in arid states such as California and Colorado, for example, are paying critical attention to managing stormwater and water use in general, while those in and along the Atlantic coast or by the Gulf of Mexico are thinking about creating resilient buildings to cope with hurricanes and flooding.

Here are 10 ways to bring or update eco-friendly practices in your district.

This is one of the easiest—and most obvious—places to start because indoor air quality affects energy efficiency, which has both environmental and economic benefits.

The Johns Hopkins Center for Health Security at the Bloomberg School of Public Health recently issued a report on ways to use American Rescue Plan funds to improve ventilation and reduce the spread of COVID-19. The report recommends bringing in as much outdoor air as the heating, ventilation, and air conditioning system (HVAC) will safely allow. It also suggests purchasing HEPA air filtration units in classrooms and common spaces and refraining from using chemical foggers or any cleaners other than filtration and ultraviolet germicidal irradiation.

Putting the HVAC system into “unoccupied mode” on weekends is another way to lower annual energy and operations costs.

In addition, any new water source, or existing source needing reactivation, must go through three rounds of testing for lead and copper and one round of testing for coliform bacteria.

“Some of the state recommendations haven’t been necessarily legally binding, so we’ve been ahead of the game in terms of stringency,” Walsh says. “It’s about staying on top of changing regulations and constantly improving.”

Improvements around water use don’t have to be complex. Nevada’s Carson City Schools has seen a 32 percent savings in water consumption simply by putting aeration screens—that catch debris and lead particles and reduce water flow—on older faucets and spigots.

With the increasing number of wildfires, hurricanes, and other natural disasters, the climate crisis has forced schools to respond both to keep students in the classroom and provide a safe space for their communities.

Oregon’s Portland Public Schools are looking into strategies to make their school buildings more resilient to heat (temperatures reached a suffocating 116 degrees Fahrenheit on June 28, 2021), wildfire smoke, and flooding. It has teamed up with Multnomah County to do this, with help from a technical assistance grant from the EPA.

“Some of the idea is to make these buildings suitable for community gathering spots during climate emergencies, such as extreme heat events and wildfire smoke,” says Ari Ettinger, the district’s climate resiliency program manager.

Central meeting locations outside would have open-air spots with cooling shade and vegetation. Other resiliency measures include highly efficient HVAC systems, lots of natural lighting, and very little on-site combustion of fossil fuels.

Colorado’s Boulder Valley School District has hit its goal of diverting 50 percent of its waste from landfills, a goal far beyond the statewide average. However, it isn’t fully satisfied with the victory. For the next five years, the effort is to maintain or improve that statistic while encouraging zero-waste practices in its buildings.

“Every time somebody throws something away, we have the opportunity for improvement,” says Ghita Levenstein Carroll, the district’s sustainability coordinator.

Boulder Valley recently rolled out a pilot sensor project to get more specific data on dumpster collections. Industry calculations traditionally focus only on dumpster size and collection frequency. However, because a dumpster may be only half full, weighing substantially less than a full load, those calculations can be wildly inaccurate. The district will be spending the next several years measuring the actual amount of waste collected while also identifying contamination issues.

Along the same lines, the data can show which schools have low recycling rates, which can inform efforts to educate staff.

Even if a district’s recycling program isn’t ideal, steps can be taken to mitigate negative effects on the environment.

The food management company hired by Carson City Schools uses styrene trays, which are cost-effective but nonbiodegradable. The district collects the scraped trays and sends them to its operations service center. The trays are melted down 1,500 at a time into 24x24x3-inch bricks. The melted stock then is returned to the manufacturer to be recycled or reused.

At schools in Florida’s Orange County School District, students put unopened food and drinks that they choose not to eat or drink on a cafeteria “share table.” Other students then can take the items, preventing the food from going into the garbage and, ultimately, the landfill.

After an initial investment to create green schoolyards across California, these spaces brought in almost $600,000 in net benefits, found a study released this spring by the nonprofit Trust for Public Land (see story on Page 18). Those benefits included reduced annual heating and cooling costs due to trees that helped provide shade and buffer wind.

Trees are crucial for another reason. Schools with green outdoor learning spaces became even more critical during the pandemic—especially with one-third of the nation’s students attending school in a “heat island,” according to the organization.

Moving from diesel buses to a fleet of electric school buses may be a heavy load in upfront costs, as the shift would be roughly two to three times more expensive. But operational costs over time, given that electric buses are cheaper to maintain, make the transition almost an even swap, assuming grant funding is available to subsidize some of the cost.

In 2021, the Bethlehem Central School District in Delmar, New York, purchased five electric school buses after voter approval, contingent upon an award of up to $1 million in funding through the New York State Energy Research and Development Authority. Also approved was $200,000 for charging stations and other necessary infrastructure.

The Bethlehem district estimates that the average net cost to operate a diesel bus over its 12-year lifespan would be roughly $72,600. The average net cost for an electric bus over the same time would be about $73,500. (This assumes a $200,000 grant from the New York State Energy Research and Development Authority, New York State transportation aid of 65 percent, and electric bus maintenance costs at
45 percent of the costs to maintain diesel buses.)

To make electric bus purchases more palatable, districts should keep an eye out for funding opportunities, and ask for help when needed, suggests Judi Kehoe, Bethlehem’s chief business and financial officer. The district’s bus vendor, for example, was helpful in sourcing and completing grant applications.

Meanwhile, in May, the federal government launched the Clean Bus Program, which authorizes the EPA to offer rebates for replacing diesel school buses with clean and zero-emission models.

Behind computers and kitchen equipment, minifridges by far represent the largest discretionary plug load for the Fayette County Schools in Lexington, Kentucky, according to Tresine Logsdon, the school system’s energy and sustainability curriculum coordinator.

The average cost of a minifridge generates $80 per year in energy costs alone, she says.

The district, wanting to reduce its number of minifridges by 30 percent within five years, has students conduct a districtwide inventory as part of an annual energy audit. The students look at three data points: how much carbon dioxide is emitted in a year’s time, the cost of those effects, and how much energy is used in kilowatt-hours.

“Once armed with that data, some schools have done an appliance consolidation initiative,” says Logsdon.

To keep as much water as possible on site, Fayette County Schools uses permeable pavers primarily in parking lots and bus loops.

In fact, says Logsdon, the district recently codified two practices: “One is intentionally asking landscape architects to reduce stormwater runoff as much as possible within our budget through permeable pavers. Two, we’re asking landscape architects for the first time to consider tree canopy goals. Sometimes it’s as simple as having a conversation with a team who may or may not have ever prioritized this.”

To understand its total waste stream, the Orange County School District partnered with environmental studies students at the University of Central Florida to perform waste audits at schools to better understand the type of waste being generated on campuses.

Regulated and hazardous waste; single-stream recycling; and used tires, scrap metal, and other metrics all were tracked for a high-level, big-picture look at their environmental impact.

“We have to really understand the waste first before we can develop strategies for solutions,” says Jennifer Fowler, the district’s director of environmental compliance and sustainability.

The data collected is funneled into grant applications and raises awareness about new ways to green the district. Orange County now requires its construction management firms to recycle materials, for instance.

In Colorado, Boulder Valley School District has been working with the University of Colorado and the University of Tulsa in Oklahoma to take indoor air quality measurements, looking at a variety of metrics, both before any bond work is done and again after a project is completed.

He recognizes that LEED documentation requirements can be a hassle but advises districts to see the process through.

“It’s hard enough to hold a contractor’s feet to the fire to make sure they’re doing all the things they’re supposed to be doing,” Cole says. “There’s just no better way to hold a contractor accountable. Otherwise, it just won’t get done the right way. I know it because I’ve seen it happen a million times.”

Heming, with the Center for Green Schools, agrees there is value in third-party certification: “For any entity that is accountable to the community, especially, you want to be able to say, ‘We did everything we could to prove to you that we did what we said we were going to do.’” 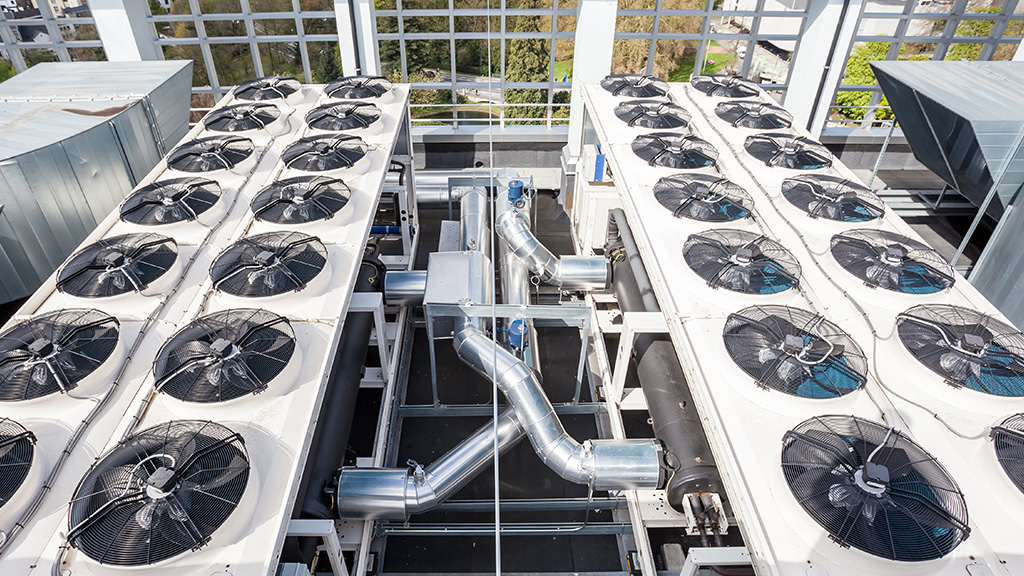 Robin L. Flanigan (robin@thekineticpen.com) is a freelance writer in Rochester, New York, and a frequent contributor to American School Board Journal.