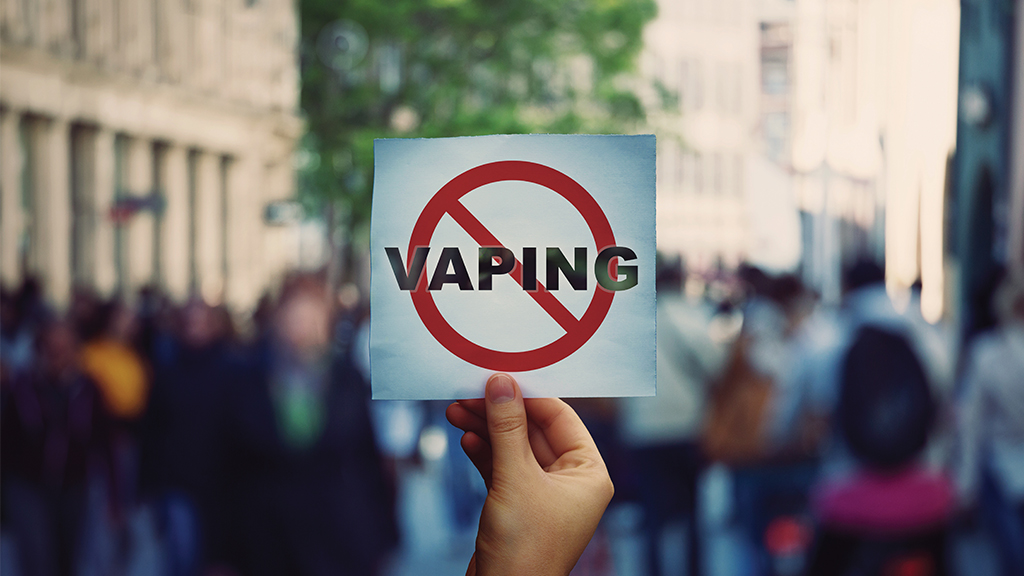 Vaping received a lot of attention in early 2020, in part because of high-profile vaping-related hospitalizations for lung injury that disproportionately affected young people. In addition to emergency hospitalizations, young people can be harmed by nicotine and many other chemicals found in vaping devices.

The pandemic has only amplified the harm. A study published in The Lancet Respiratory Medicine in August reported that young adults (ages 13-24) who used vaping devices were five to seven times more likely to be diagnosed with COVID-19. Because COVID-19 attacks the lungs, vaping also may increase the risk of complications if the lungs are inflamed or injured. Vaping also may increase the spread of COVID-19 because youth who share vaping devices can transmit the disease through their saliva.

Teenage use of vaping devices, also called electronic cigarettes or e-cigarettes, has seen rapid increases in the past few years. Vaping companies have been accused of targeting their marketing to youth, particularly through the sale and advertisement of fruity and sweet flavored vaping products.

In 2019, more than 5 million middle and high school students reported using e-cigarettes in the past 30 days, according to the Centers for Disease Control and Prevention (CDC). In addition to containing cancer-causing chemicals and having the potential for lung injury, e-cigarettes contain nicotine, a highly addictive substance that can be harmful to young brains. In response to this troubling trend, school districts are taking steps to prevent the spread of e-cigarette use among students.

Federal law requires districts to prohibit smoking within any indoor facility used for the provision of routine or regular elementary or secondary education. Although this federal law does not clearly include vaping, most districts prohibit vaping by their policies and student conduct rules.

The legal age in states to purchase vaping products has always been above 18. In December 2019, President Trump raised the federal legal age for tobacco use, including vaping products, to 21. According to the nonprofit Campaign for Tobacco-Free Kids, 19 states already set 21 as the age limit for tobacco products. Earlier, in September 2019, President Trump announced he would combat the rise in teenage vaping by banning all flavored e-cigarettes. However, in January 2020, he and the FDA instead announced a different approach in making some flavored vaping products unavailable for a temporary period.

Most districts have policies in place to handle contraband, including vaping devices. Vaping can be more difficult to regulate than smoking. Unlike tobacco, vaping does not leave a tobacco smell, although fruit-flavor vaping devices may leave behind a scent. Vaping devices also can be easily hidden. They may appear to look like pens, lipstick cases, or a USB device.

The district policy or student code of conduct will usually determine the consequences of using or possessing vaping products on a school campus. Because vaping devices can be used to ingest illegal drugs, districts also may have to determine if the student is vaping tobacco or marijuana and address the disciplinary consequences accordingly.

A growing number of school districts across the country have filed lawsuits against Juul Labs, the largest producer of flavored vaping products. The lawsuits contend that Juul marketed the addictive products to youth and that youth use of vaping products has created a substantial negative impact on the districts.

These districts are seeking compensatory damage for the costs associated with student use of vaping products. Juul is also facing lawsuits from the states of California and New York, and at least two counties, for several violations, including marketing to youth and failing to include required warnings.

Several states have enacted or are considering limitations on vaping products, mostly by restricting the sale of flavored vaping products. Some of these bans are not in effect because of legal challenges, according to Time magazine. Most states are targeting youth vaping with public aware-ness campaigns. For example, California has dedicated $20 million to a statewide digital and social media campaign.

Stricter vaping laws and public awareness campaigns are not likely to eradicate the problem of youth vaping. As districts face what some call “an epidemic,” school officials will have to be resourceful in how they handle student vape use.

Districts around the country have tried numerous strategies to reduce and deter vaping use. These strategies include holding anti-vaping assemblies, installing vape detectors in bathrooms, banning bathroom breaks, and instituting a required “Saturday Vape School” for students caught vaping. Some districts have even tried nicotine testing for extracurricular activities, which holds some legal risk. (See Bd. of Educ. of Indep. Sch. Dist. No. 92 of Pottawatomie Cnty. v. Earls, 536 U.S. 822 [2002], which upheld a district’s drug-testing program for students who participate in extracurricular activities because of the “need to protect and deter the substantial harm of childhood drug use.”)

Jasmine Wightman (jasmine.wightman@tasb.org) is a senior attorney at the Texas Association of School Boards.