It has been more than a year since NSBA’s Board of Directors set a vision and defined educational equity: “We affirm in our actions that each student can, will, and shall learn. We recognize that based on factors including but not limited to disability, race, ethnicity, and socio-economic status, students are deprived of equitable educational opportunities. Educational equity is the intentional allocation of resources, instruction, and opportunities according to need, requiring that discriminatory practices, prejudices, and beliefs be identified and eradicated.”

As a former school board member, I vividly remember the challenge of combing through the nearly $2 billion budget: The struggle of low academic achievement, competing programs, and rising transportation costs often were overwhelming to tackle. Also overwhelming were the complexities of funding a 145,000-student system, where 90,000 students ride a bus to school each day, and nearly 70 percent of them are eligible for free and reduced-price meals. With this data, it should have been easy to fund based on need. Not necessarily.

The notion of student-based budgeting or weighted-student formulas is not new to conversations about equity in education policy. Several districts across the country have attempted this process, some with success and others —not so much. So just what does “intentional allocation of resources” mean? The simple definition is that school funding is allocated based on the needs of the student, rather than teacher-student ratios.

Student-based budgeting can be quite complex. According to ERS, a national nonprofit that partners with district, school, and state leaders to transform how they use resources (people, time, and money), student-based funding is a system where dollars follow students based on need using objective, measurable, and weighted characteristics.

The success of student-weighted, student-based formulas requires the full commitment of governance teams. Weak links assuredly will derail well-meaning attempts at equitable funding. Governance teams—board, superintendent, chief financial officers (CFOs), and chief academic officers (CAOs)—can make magic happen at the policy and implementation level if they are all committed to research, data collection, and community engagement about how budgets are developed, communicated, and executed around student outcomes.

When our board embarked on the student-based budgeting journey, we knew it was the right thing to do. We developed policy. We discussed the details in several board meetings, and off the staff went to design the weighted formulas.

The snags began early in the process. There was the issue of locked and unlocked positions, how “needs” were weighted, what determined whether one school got a media specialist and others did not? How was it determined that some students would visit the library once a week and others less frequently? Which schools were allocated an assistant principal, and why? Were schools with a high population of talented and gifted students on a weighted formula?

We were not quite prepared for the nuances. We depleted political capital, struggled with some community groups, and got used to the phrase “no good deed goes unpunished.” Engagement with politicians was especially difficult. Who would argue against providing more to students with the greatest need, we thought?

In hindsight, we did not do enough to educate and inform the public about what this would mean for each school, what it meant for high-achieving schools and for parent advocates. Quite frankly, the superintendent’s executive team also needed to understand more about what such a budget really meant for academic achievement. We did not do the best job of making the connection.

Another hurdle was the lack of budgeting experience at the principal level. Principals typically enter the field of education because they want to develop students, not budgets. We saw that principals were given a level of autonomy of their budget, and many of them were not ready for it and did not want it. They were comfortable with central office telling them how many teachers they would get in their buildings, and that drove curriculum and programming.

Reflecting on the recent Los Angeles Unified Teacher’s Union strike, Aaron Garth Smith of the Reason Foundation postured that “allocating resources based on rigid staffing ratios also creates inequities.” He was referring to a proposal by the union to “provide each school with a restorative justice advisor, dean, or psychiatric social worker for every 500 students enrolled.” This highlights the point again that, if not careful, we can create a one-size-fits-all model even in our attempt to be more equitable.

Our district faced the same challenge. Teachers want smaller class sizes and more pay—who can argue with that? According to the Brookings Institute, parents even opt for smaller class sizes in some instances, slightly over teacher salaries. The debate about class sizes remains a debate around equity-based decision-making, but the point here is that student-based budgeting impacts every operation, every negotiation, and every relationship within the school district’s domain. That dynamic cannot be understated in student-based budgeting decisions.

The shared governance of the board, superintendent, CFO, and CAO seems obvious in this process. Yet, the CFO is professionally trained to balance budgets, not to “weigh” them necessarily in the way that student-based budgeting requires. The CFOs must be change agents, not counters of beans and widgets. They too must be intentional. They must see themselves as part of the solution to eradicating funding inequities.

We consistently struggled to keep the middle-class families who often took advantage of our specialty program in the school district. We experienced declining enrollment that led to declining funds from state and local funders, and that resulted in cuts to major programs and staff. The sleepless nights were real.

Our school district took this on nearly 15 years ago. Districts on the journey today have many more resources, case studies, and toolkits for improved rollout and implementation.

To be clear, hurdles must not be hindrances. Economic and racial equity are key drivers of equitable outcomes for every child in rural, suburban, and urban America. For that reason, student-based budgeting is the right thing to do. 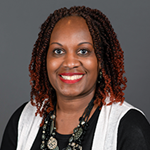