Note: The U.S. Census Bureau is monitoring COVID-19. The health, safety, and well-being of their staff and the public is their top priority. Learn more about how the Census is responding to COVID-19.

Join NALEO Educational Fund and the Partnership for America’s Children for a discussion on the challenges to counting children, the areas highest at risk of an undercount of children, current challenges facing Census operations, and tools and strategies on what schools, educators, caretakers, families, and community leaders can undertake to conduct a final get out the count push. This webinar is co-sponsored by NSBA.
Learn More

It's Not Too Late!

The 2020 Census is well underway. The massive undertaking of counting everyone living in the United States and five U.S. territories requires everyone’s participation. Over 75 million households have responded already. If your household has not responded, now is the time. Even if you received a paper questionnaire in the mail, you can still respond online at 2020census.gov.

Starting July 16, census takers will begin interviewing households that have yet to respond to the 2020 Census in regions managed by the area census offices on this map.

In subsequent weeks, the Census Bureau will announce additional census offices as it prepares to begin enumeration activities nationwide. The majority of census offices across the country will begin follow-up work on August 11. All offices will conclude work no later than October 31.

Census takers will follow local public health guidelines when they visit. Learn more at Census Takers In Your Neighborhood.


The 2020 Census is more than just a questionnaire. It impacts decisions affecting the lives of our children, families, public school districts, and communities each day. The Census count is a key factor for apportionment of federal investments in public education, healthcare and social services for children, and much more. The Census also helps determine state and local decisions for education, such as per pupil allocations, zoning requirements for school campuses, and new school facilities.

If the Census count is wrong, an undercount could have serious repercussions on our children and public schools for the next decade. Studies have shown that for each person missed in the 2010 Census, their communities lost an average of $3,000 per person, per year, for 10 years — until the next Census.

Many school districts are supporting outreach efforts through the U.S. Census Bureau’s Statistics in Schools program for students, through parental engagement activities, and through the work of state and local Complete Count Committees to help ensure the responses from the families our school districts serve. Please utilize the resources here to engage your students and their families.

On March 12, the U. S. Census Bureau mailed the Census questionnaire to households. Census Day was April 1, 2020, but you can still complete the Census. Help ensure a complete count for your school district and community.

To date, at least 78.3% of households have responded to the 2020 Census. Check out self response rates to date for your state or community.

A range of informational sources from NSBA, including our statements, press releases, blog posts from the Center for Public Education, and ASBJ articles.
Learn More

Curated toolkits, documents, and other resources, as well as a catalog of helpful affiliate organizations.
Learn More

Find out how NSBA’s member state associations are promoting the 2020 Census and discover what other actions regional and local organizations are taking to encourage their communities.
Learn More 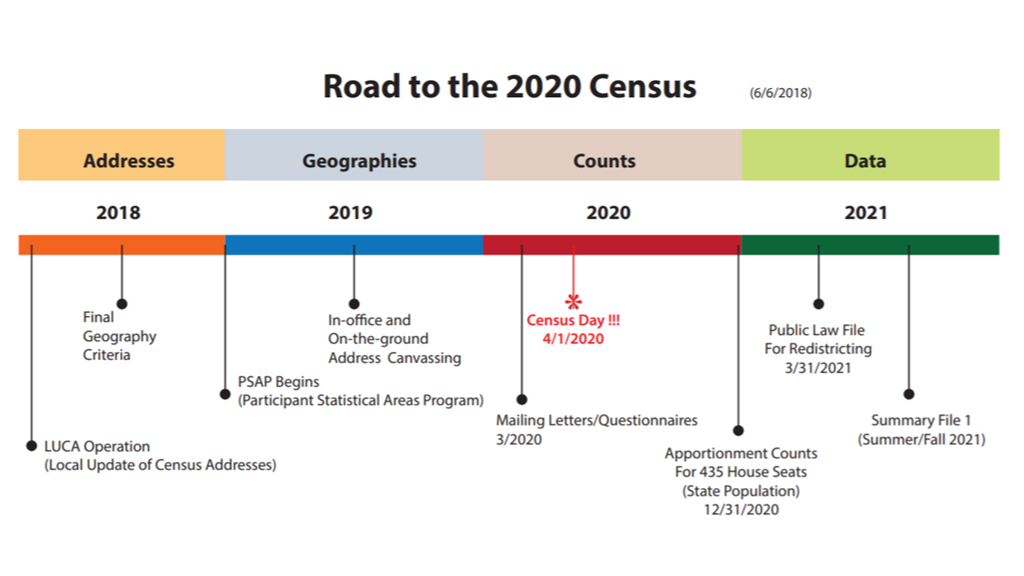 *Courtesy of the Southeast Michigan Council of Governments

NSBA is an official partner with the U.S. Census Bureau's Statistics in Schools (SIS) program. NSBA and other educational organizations make it possible for more students to benefit from SIS resources that expand their ability to understand and use statistics in a data-driven world.