Children who bully and the victims of bullying are children who are two sides of the same coin. Children who have experienced trauma or who have been separated from their biological parent may have fragile attachment. Childhood trauma can include family violence, substance abuse in the home, poverty, physical or emotional abuse and/or neglect. Separation can be caused by divorce, adoption or foster care, incarceration, or death of a parent.

For children without trauma, the amygdala, known as our survival brain, is the dominant area of the brain during early childhood. Over time and with consistent, attentive care-giving, the amygdala gives way to development of the hippocampus. The hippocampus is responsible for memory, language, and self-regulation. It’s the part of the brain that remembers consistent care-giving and can signal that we will be okay; we can calm down even though we may have just skinned our knee. As time goes on and the consistent and attentive care-giving continues, our prefrontal cortex comes online. While this is an over simplified explanation of our most complex organ, these parts of the brain, when they develop typically, help us learn that we are safe.

A well- developed feeling of safety helps us learn to trust and to have secure attachment. When we learn to trust the world around us, we can develop relationships. Children who have learned to feel safe walk into their kindergarten class wearing a red cloak of attachment. They know that someone will help them if they are scared or hurt. They can explore their environment. They are curious. They might be gregarious or shy, but they are not afraid. Children with trauma are afraid.

Children who experience attachment disruption or trauma often do not walk into their first day of kindergarten wearing a red cloak of attachment. For them, the amygdala has remained in charge. They remain in survival mode -- always on the look-out for threats to their safety. The hormones released in response to a heightened state of arousal interfere with the development of the hippocampus and the pre-frontal cortex. They do not feel safe. They often are not curious. They are not able to develop relationships with their teachers or their classmates as easily as their non-traumatized peers. They often demonstrate the amygdala-driven behaviors of freeze, fight or flight in response to perceived threats. 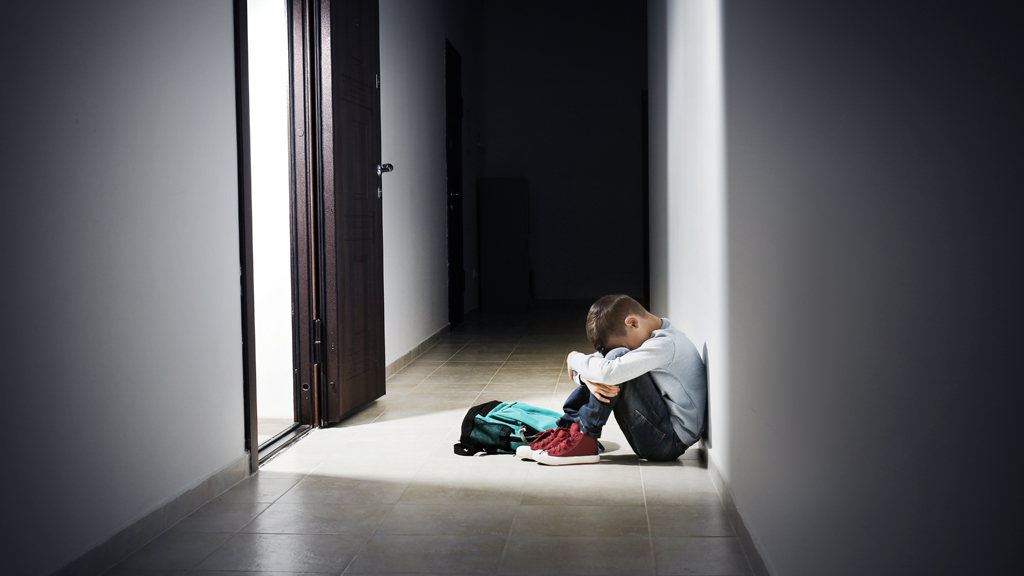 Let’s consider the story of a student who experienced the trauma and loss of orphanage life for his first three years. Ted (not his real name) entered kindergarten with great fear and trepidation. Although he was adopted at 3 years old by loving parents, he did not run into the room and explore the blocks and book corner. He did not interact with the other children. He watched the other kids play with great fascination but did not attempt to join them. His caring and empathetic teacher gently forged a relationship with Ted. She was unable however, to get him to do more than parallel play (play alongside peers without direct interaction).

When Ted was playing with the blocks and another little boy came over and took some of the them, Ted reacted with a fight and flight response. He yelled at the other child, grabbed the blocks and ran out of the room. As time went on, Ted demonstrated more fight and flight responses when he was in a peer situation. The other children began to fear Ted. Not because he ever hurt them, but because his behavior was unpredictable. By third grade, Ted had established a pattern that worked for him. When his peers got too close or acted in any way other than casual or uninterested, Ted would growl or be in some way menacing. He had learned that the other children would move away from him and he felt safer alone than trying to establish scary and unpredictable relationships. By middle school, the growling had turned into cursing. When he called a fellow classmate the B word, the child accused him of bullying. Ted was very good at intimidating both his classmates and his teacher. The other children may have indeed felt unsafe around him. For Ted, however, it was more about survival than hurting someone.

On the other side of the same coin is Tim (not his real name). Tim had a very unpredictable and unsafe early childhood. He was placed in foster care and then adopted by his loving and caring foster parents. Tim walked into his kindergarten class terrified. He clung to his foster mother and screamed for an hour. His teacher finally got him off his foster mother by bringing him to the counselor’s office where he could adjust to meeting one person instead of a room of 20 other people. Over time the counselor and the teacher managed to get Tim to come into school and stay in his classroom. He also parallel played with his peers. When other children didn’t like what he was doing or wanted a toy he had, he would cry. Overtime, he withdrew from the other kids. They did not interact with him because his behavior, like Ted’s, was unpredictable.

By third grade, Tim was an outsider. He did his schoolwork and followed the rules, but he was more comfortable in the presence of adults than children. On the playground, he seemed drawn like a moth to a flame to the most aggressive boys. They would pick on him and he would cry. The counselor worked with Tim to interact in a more developmentally appropriate way. In middle school, Tim’s only friend from third grade moved away. He was unable to navigate the complex social world that is middle school. He returned to the boys who did not get along with him. Despite the school’s best efforts, he would not stay away from the kids who picked on him. He and his mother filed bullying reports. When the cases were confirmed, the bully was punished. Soon after the bully returned from his punishment, Tim would attempt to interact with him.

Tim and Ted experienced very different early trauma that had a similar impact on their neurobiology. Both boys needed extra care. Both boys reacted negatively to punishment. And both boys responded to relationships. If you are an educator or administrator, consider the presence of attachment trauma in the lives of your bullies and your victims.

Melissa Sadin has served as a special education teacher and a building administrator. She is currently working as a director of special education. She has been vice-president of her local school board and serves as the director of the Creating Trauma Sensitive Schools Program for The Attachment & Trauma Network. She has conducted research on the perceptions of teachers working to create trauma-informed classrooms. She is a published author and has produced numerous webinars on children with attachment trauma in schools. Her first three books are available on her website, www.traumasensitive.com.