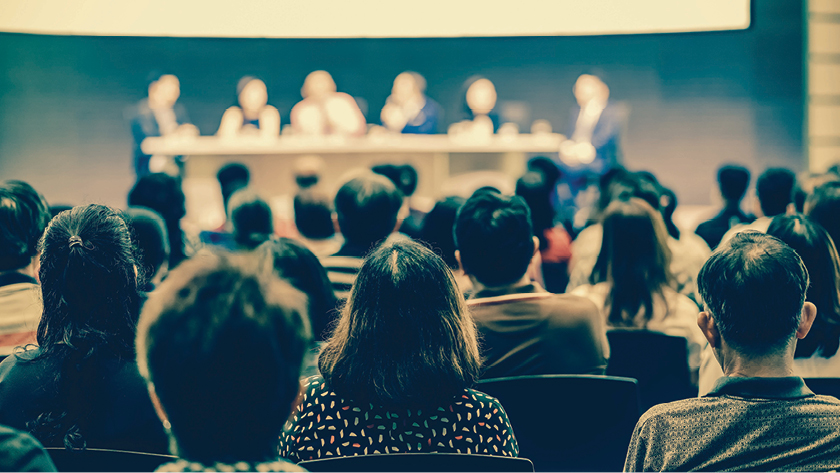 For school board members, as for almost all of K-12 public education, back to school in the 2021-22 academic year has certainly not meant “back to normal.” From media accounts to podcasts to SNL satire, illustrations abound of pandemic-era school board meetings (and officials) met with emotional, threatening, or disruptive policy pushback.

In a recent professional development live poll conducted with 131 respondents from over 35 different school boards, 46 percent reported that recent public engagement with their board had been either “not helpful” or “toxic” to their governance work. These and other first-hand experiences make it clear that the fraught public meetings have worn out school personnel and school board leaders. The impacts go beyond fatigue, however.

Vitriolic board meetings can distract boards and the public from focusing on actual pressing and pandemic-related issues facing public school students and schools. Many boards are striving to remediate decades of inequitable educational opportunity. Continual coverage of the most vocal population diverts focus away from marginalized students and families.

OUTSIZED VOICES
The current pandemic pushback has centered on a range of contemporary issues, from vaccines and mask mandates to racial equity initiatives, textbooks, and LGBTQ inclusion policies. However, history shows that protests like these have arisen repeatedly in the K-12 education arena. We can learn from reviewing the attributes of past resistance to everything from the teaching of evolution to shifting social studies standards to desegregation. In these situations, a dominant group—not necessarily the majority of the community—responded to policies that felt threatening to their current status within the system.

In more recent history, too, we see the pattern repeat. In a pre-pandemic study of two school board rezoning processes, our research team explored school rezoning in two Virginia school divisions. Rezoning policies can drive equity or inequity for students. Pushback to rezoning efforts can be intense from groups unwilling to change schools, particularly if it means changing to a more racially and economically diverse school.

We found the rezoning policymaking and public engagement process are embedded in the cultural politics of race and class in which competing values and interests fed public narratives of who did, and didn’t, belong. In the rezoning meetings and processes we examined, a disproportionate percentage of white middle- and upper-class families took up space and time in excess of their population size within the district. This contributed to comparative invisibility and exclusion of people of color. Other research and literature support this “takeover” of public engagement on school board policy issues as a common occurrence.

With pandemic policymaking, the dynamic continues. The pushback is strikingly similar to both the historical and more recent findings, with outsized voices of one group negating the voices of other groups also impacted by proposed policy changes. Today, board members describe speakers who show up, again and again, to repeat the same messages of opposition to policy change. The dominant voices have ushered in concerns related less to the pandemic and more to policies of equity amid increasing racial and socioeconomic diversity. Attention has been drawn to the loudest opinions and away from seeing or hearing marginalized populations or other viewpoints.

The problem is not parental or community engagement in school decision-making, which is recognized as a critical element of effective school governance. The challenge is the outsized voice and visibility of some parents and community members—and the unheard voices and unseen presence of others.

HOW DOES IT HAPPEN?
A variety of factors feed the imbalance of voices. Constituents, especially those from historically marginalized communities, may feel lower trust with their representatives when the racial and socioeconomic compositions of boards and their committees aren’t representative of school or neighborhood populations. Others may fear for their emotional or physical safety if they show up and voice their own concerns.
Inequality between those who have access to policymakers versus those who do not can also be a driver. Numerous barriers to public participation, such as lack of childcare and extra work commitments, can cause gaps between those who can and cannot afford to show up to speak at board meetings.

Additionally, resources such as significant financial backing and coverage by partisan and social media feed an imbalance of viewpoints. These influences can amplify the loudest voices and drive a perception of resistance that may not reflect a more nuanced reality. Amplification can also further increase what appears to be the dominant viewpoint and minimize the presence of opposing opinions.

PUBLIC COMMENT EQUITY
Even if the drivers of inequitable public engagement are outside of school board members’ control, there is a common setting over which boards have considerable influence: board meeting public comment periods. Board policies determine the design and implementation of public comment, and this is an overlooked lever for ensuring equal voice. At a time of highly unequal engagement, school leaders can consider how to improve these public processes to help surface unheard or diminished voices.

School board public comment policies include provisions that could be changed to reduce the harm caused by outsized voices: the order of speakers and the governance team’s reaction to comments. Boards should re-think these and other provisions with the goals of increasing responses, responsiveness, access, and their focus on students.

One common practice during public comment is silence from the board about what has been said. School board members’ job during public comment is to listen and not speak, the prevailing sentiment often goes. While it isn’t productive for school board members to get into “tit for tat” discussions with constituents, there is room for policy updates that could benefit school governance. One recent study looked at the traditional “sit and get” public comment session and one in which governance leaders comment after the public period has ended. Author Jonathan Collins found, particularly among those from historically marginalized populations, an increase in trust in board representatives and in willingness to attend future meetings when they observed the approach in which the board responded to public comment.

School board responses to public comments can take a number of forms. Some boards have a practice of allowing time for the superintendent to correct any misinformation from commenters or address key concerns, for example. Others allow a dedicated time after public comment for board members to speak individually.

Public comment policy could encourage the board to respond to the policy-related input and share the wide range of additional input that they’ve received. This would give the public an opportunity to hear viewpoints besides those of a dominant group and make public comment less of a one-sided stage for soundbites and more of a balanced discussion. To that end, boards must capture the full range of responses they receive from the public.

Public input goes well beyond what the public hears at meetings. As proximate members of the communities they represent, school board leaders often get input from constituents via informal conversations or written communication. Yet, that input can get lost if it isn’t documented.

Board policy could allow members to keep track of and report out this data within the public comment period, too. Similarly, boards could document and report out on the frequency of speakers at public comment sessions. By noting publicly, fairly, and consistently the number of comments speakers have made and the schools or localities they represent, boards can make repetition or imbalance more transparent to the community.

At a time when weary boards may be tempted to restrict access to public speaking, governance leaders should instead consider ways to expand the pool of speakers to one that more accurately reflects the school system population. Narrowing access through policies requiring proof of residency, for example, will do little to keep out well-resourced speakers. And more importantly, these requirements may diminish the voices needed the most—those less familiar with public processes or the paperwork to access them. Instead of restricting access, boards can structure public comment periods to hear from new voices before hearing from those who’ve spoken before. Earlier visibility to those who’ve not made repeat appearances can encourage newcomer engagement and help make the full picture of public sentiment clearer.

School boards know that student achievement is job one, yet many of their public processes don’t involve or encourage students. Some boards begin meetings with student performances or recognition that can be helpful to unite even speakers with differences of opinion around a communal “we.” Some board policies include a rotating student member in board meetings; this can help ensure at least one student response to policy deliberations.

But neither of these practices are enough to elevate student voice to the level that it should be. Students, particularly the ones most expected to be impacted by a policy change, should be encouraged and empowered to be public comment participants. To make that happen, boards should help students access speaker sign-up requirements or provide other channels for input that can be shared publicly. In addition, public comment provisions for speaker order could consider student status as a priority for speaking early in the comment period.

TESTING THE SOLUTION
Like the scientists who develop immunizations to target specific diseases, board members should experiment with public comment policy solutions like these to ensure the best balance of voices. School boards may be unused to this idea, but the concept of learning for continual improvement is something happening in our schools every day. Teachers and school leaders are often quite familiar with protocols like PDSA (Plan-Do-Study-Act), in which they target solutions to problems then adjust based on results. School boards, too, should embrace a similar approach to try out new approaches to public comment.

Unfortunately, the past year and our history tell us that without change, school boards can expect more of what they’ve experienced during the pandemic. Outsized voices will continue to break through, diminishing not only the voices of others and the focus on the needs of all students but also the power of equitable public engagement on which school boards—and our democracy—depend.

But we may be able to break the pattern if leaders of equity operate with equity in public processes. This means updating public meeting and comment processes to welcome more people and viewpoints into the work of democratic policymaking. By thinking about public comment not as the source of the poison but as an antidote to it, school boards can strengthen their ability to do the urgent work ahead and boost the health of democratic governance for the longer term.