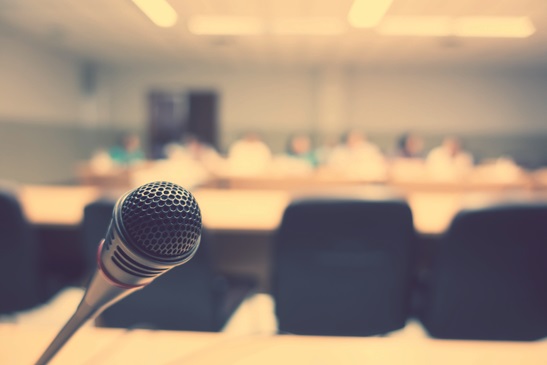 Kay Douglas worked as a lawyer on the staff of the Texas Department of Criminal Justice and served as a prosecutor for 13 years. But she is quick to admit that she had “no clue” what it was really like to be on a school board.

“I had no idea what school boards did, and most community members don’t,” says Douglas, now a senior consultant for the Texas Association of School Boards (TASB). “As a parent, all I had to do was worry about what was best for my two children, not everyone else. When I joined the board, I had to look at policies and budgets along with what other parents wanted. They think you hire and fire everybody and that you even change the lightbulbs, and nothing could be further from the truth.”

Douglas ultimately served on the Huntsville Independent School District board for 16 years before moving to TASB in 2002. Today, she calls herself a “board whisperer,” helping new and long-time board members navigate increasingly complicated and often contentious situations.

“When I was a student, I believed my mother and the school were on the same side and against me,” Douglas says. “The school and the home have not been on the same side for a long time, and there’s an ever-widening gap.”

In some areas, closing the trust gap between parents and schools is proving almost as daunting for districts as narrowing student achievement disparities among racial groups. Most state school boards associations provide training on how to close these gaps, and it’s veterans like Douglas who can provide perspective and tips on how to communicate with increasingly fractured communities.

Recently, I interviewed Douglas late one evening for “Pressure Points,” the December ASBJ cover story about the unprecedented disruptions that school boards have been dealing with at meetings. Over the course of the 45-minute conversation we dove into several topics, many of which revolved around communications.

Douglas and other educators I’ve spoken with say the public does not understand the local school board does not always have the final say. If anything, boards often take the brunt of criticism for simply following the state or federal mandates placed on districts. The trickle-down effect of those mandates—and not communicating about what is required and who is requiring it—leaves you susceptible to being in the crosshairs of community opinion.

That’s one reason Douglas advocates a back-to-basics approach, especially when working with new and prospective board members. She often starts workshops by reminding them that “teaching is a profession that makes all other professions possible,” noting that respect for the hard work of staff is more critical now than ever.

Asked whether she thinks it’s harder to serve on a board now, her response is “emphatically, yes, yes, yes, and yes.” Cutting through the noise and politics of it all, she says, requires a stealth level of diplomacy.

Douglas says school boards tend to “hide out” when tensions are high, but that is “exactly the wrong thing to do.” Instead, she suggests, recognize that your loudest critics often represent a “very vocal minority.” Look for ways “to hear from the majority of your constituents, whether it is through town halls or surveys, so you can make clear decisions that are in the best interest of kids.”

In Texas, like many states, Douglas says board meetings have become more contentious due to a “deliberate attempt to use cultural issues to drive wedges between people.” In 2020, the state moved board elections from May to November, which meant candidates were on the same ballot as the president and members of Congress.

“This has been insidiously going on for a long time, and we’re just seeing the fruit of it,” Douglas says. “In the case of elections, the reasoning was that with more races you would get more people to vote. Just because you have more people on the slate doesn’t mean you have more informed people, particularly in a presidential year. What it has done is make school board elections much more partisan, and I think that’s a bad thing. Public education should not be partisan. We should agree on what we want and do those things for kids.”

Douglas says she never forgets those early days on the Huntsville board “when I was that deer in the headlights.” She recalls that she ran for the board “because I wanted to get elected,” and then, after the swearing-in, didn’t speak for six months.

“Even though I was a lawyer, I had no clue about the role of the school board member,” she says. “An incumbent board member told me at that first meeting that it would take a whole term to understand my role, and it turns out the guy was right. I didn’t understand the big picture.”

Candidates looking to get elected on a single issue can be in for a stark awakening if they attend one of Douglas’ “plain English” training sessions.

“When I talk to potential board candidates about these things, some will say, ‘If I can’t do this and this and this, then why should I run?’” she notes. “And I urge them to answer that question first. If I can help them to question their reasoning, then I consider that a success. Maybe they won’t run if they know what the real job entails. Maybe they will.”