The pandemic has transformed many things we typically take for granted, and convenings are no different. The NSBA 2021 Annual Conference & Exposition is moving online this year. This must-attend event is one of the few—if not the only—settings where school leaders from around the country can receive the insight and training needed to address current trends in the instructional needs of students and to improve the efficiency of district operations on a national level.

A major component of this year’s NSBA Online Experience, to be held April 8-10, will be the opportunity for attendees to learn from some of the nation’s most impactful and inspiring thought leaders and speakers. Among those scheduled at press time to participate: 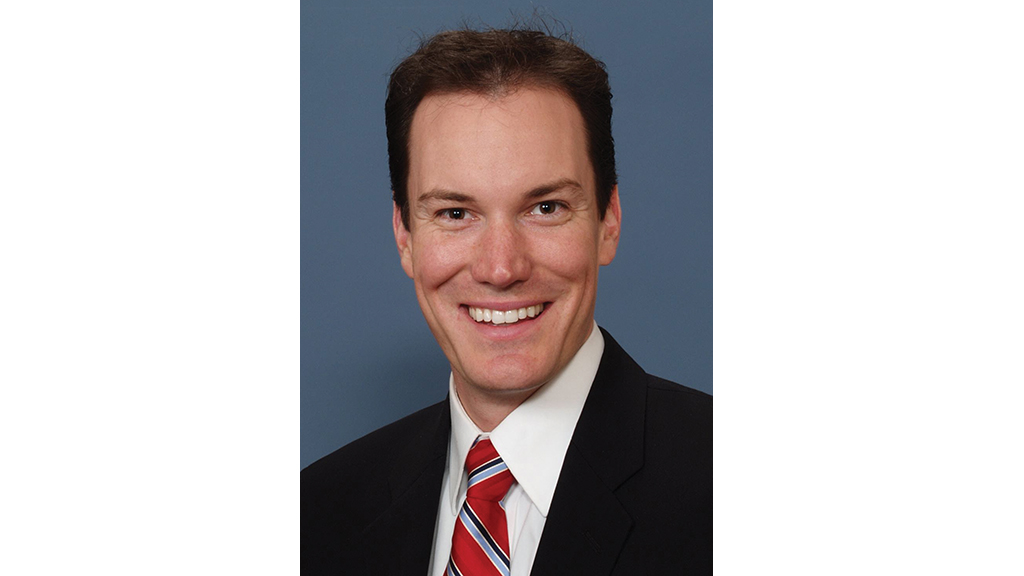 Positive psychology researcher and best-selling author of The Happiness Advantage

Shawn Achor is the New York Times best-selling author of The Happiness Advantage, Big Potential, and the children’s book, How to Make a Shark Smile, about choosing happiness and the ripple effect of a positive mindset. Achor spent 12 years as a professor at Harvard University, where he won over a dozen distinguished teaching awards and delivered lectures on positive psychology in the most popular class at the university. He earned his undergraduate degree from Harvard and his master’s degree from Harvard Divinity School in Christian and Buddhist ethics.

Achor has since become one of the world’s leading experts on the connection between happiness and success. He has worked with over a third of the Fortune 100 companies and with organizations such as the NFL, the Pentagon, and the U.S. Treasury. Through his work, Achor has traveled to more than 50 countries, speaking to farmers in Zimbabwe, CEOs in China, doctors in Dubai, and schoolchildren in South Africa. In addition to a two-hour interview with Oprah Winfrey on the science of happiness and its meaning, Achor’s research made the cover of Harvard Business Review, his TED talk is one of the most popular of all time with over 22 million views, and his lecture airing on PBS has been seen by millions of viewers. 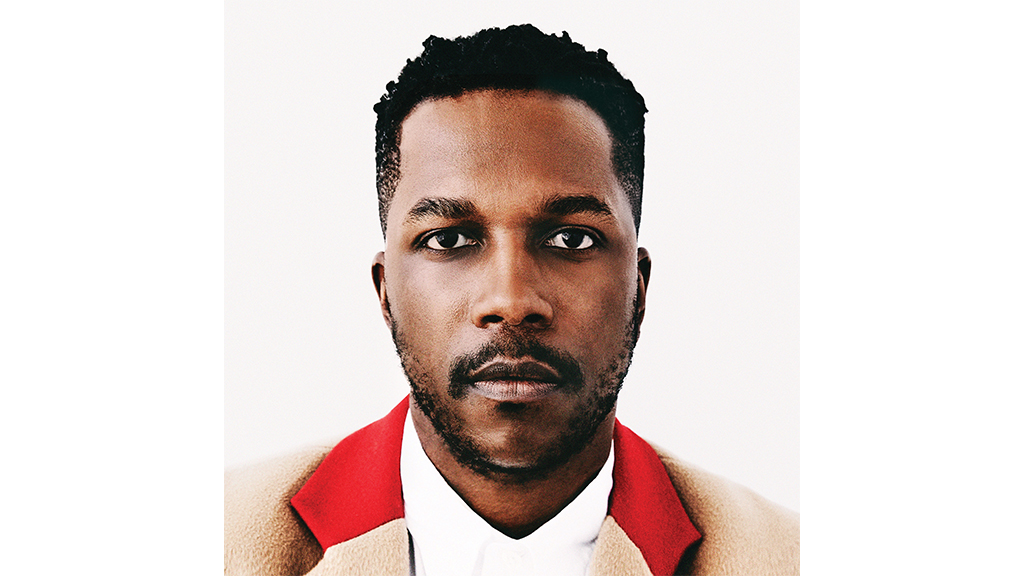 Leslie Odom Jr. is an award-winning actor and singer, best known for his breakout role as Aaron Burr in the Broadway phenomenon “Hamilton” for which he won the Tony Award for Best Actor in a Musical and a Grammy Award as a principal soloist on the original cast recording. Odom Jr. made his Broadway debut in “RENT” at the age of 17. He recently released his third full-length album and first of original material, entitled “Mr” and also starred alongside Cynthia Erivo and Janelle Monae in the Harriet Tubman biopic “Harriet.” In 2018, he added author to his resume with the release of his book, Failing Up: How to Rise Above, Do Better, and Never Stop Learning.

Odom Jr. stars in the film “One Night in Miami,” directed by Regina King, where he portrays legendary singer Sam Cooke and performs all of his original songs, as well as “The Many Saints of Newark,” the much-awaited prequel to the HBO series “The Sopranos.” In addition, he lends his voice to the Josh Gad-animated musical-comedy series “Central Park” for Apple TV+. Odom Jr.’s previous film and television roles include “Murder on the Orient Express,” “Red Tails,” and “Smash.” He is a graduate of Carnegie Mellon University’s College of Fine Arts.

Eddie S. Glaude Jr. is a scholar who speaks to the complex dynamics of the American experience. His most well-known books, Democracy in Black: How Race Still Enslaves the American Soul, and In a Shade of Blue: Pragmatism and the Politics of Black America, take a wide look at black communities, the difficulties of race in the U.S., and the challenges our democracy faces. In his writings, the country’s complexities, vulnerabilities, and opportunities for hope come into full view. His most recent book is the New York Times Bestseller, Begin Again: James Baldwin’s America and Its Urgent Lessons for Our Own.

Glaude is the James S. McDonnell Distinguished University Professor at Princeton University and chair of the Department of African American Studies, a program he first became involved with shaping as a doctoral candidate in religion. He is the former president of the American Academy of Religion. In addition to several published books on religion and philosophy, Glaude is the author of two edited volumes and many influential articles about religion for academic journals. He also has written for The New York Times and Time magazine, appears regularly on NBC’s “Meet the Press,” and is a contributor to MSNBC programs.

Some like to describe Glaude as the quintessential Morehouse man, having left his home in Moss Point, Mississippi, at age 16 to begin studies at the HBCU. He holds a master’s degree in African American Studies from Temple University and a doctorate in religion from Princeton University.

Sonia Nazario’s writing has tackled some of this country’s most intractable problems—hunger, drug addiction, immigration—and has won some of the nation’s most prestigious journalism and book awards, including two Pulitzer Prizes. Nazario is best known for Enrique’s Journey, the harrowing account of a Honduran boy’s journey to reunite with his mother in the United States. Published as a series in the Los Angeles Times, it won the Pulitzer Prize for feature writing in 2003. Expanded into a book by Random House in 2006, Enrique’s Journey became a national bestseller. A young adult version was published in 2013.

Nazario’s humanitarian work to get lawyers for unaccompanied migrant children led to her selection as the 2015 Don and Arvonne Fraser Human Rights Award recipient by the Advocates for Human Rights. In 2018, she received the Spirit of HOPE (Hispanas Organized for Political Equality) Award. Nazario, who grew up in Kansas and in Argentina, has written extensively from Latin America and about Latinos in the U.S. In 2020, Parade magazine named her one of the 52 most influential Latin American women in history. Along with her continuing advocacy for the human rights of immigrants, Nazario is a frequent contributor to The New York Times op-ed pages. She is a graduate of Williams College and has a master’s degree in Latin American studies from the University of California, Berkeley.

José Antonio Plana, better known as Tony Plana, is a Cuban American actor and director. He is known for playing Betty Suarez’s father, Ignacio Suarez, on the ground-breaking television show “Ugly Betty,” and for voicing Manuel “Manny” Calavera in the video game “Grim Fandango.” In addition to his many roles in films and television, Plana is also known for acting and directing for the stage. He has created and directed productions of the works of Shakespeare for minority audiences, and he has been active in the Los Angeles, Washington, D.C., and New York theater communities.

Plana has acted, directed, and written for television in series, mini-series, and specials such as “Star Trek: Deep Space Nine,” “Resurrection Boulevard,” “Desperate Housewives,” the recently rebooted “One Day at a Time,” Telemundo’s crime drama “Enemigo Íntimo” (Intimate Enemy), and many others. Films that Plana appeared in include “An Officer and a Gentleman,” “Three Amigos,” “Goal!,” “Roman J. Israel, Esq.,” and “Bombshell.”

He teaches acting at California State University, Dominguez Hills, and Rio Hondo College. He is an advocate for comprehensive immigration reform in the U.S. and also for Alzheimer’s disease awareness and prevention. Plana was born in Havana, Cuba. His family fled to Miami in 1960 and later settled in Culver City, California. He is a graduate of Loyola Marymount University and was trained in acting at the Royal Academy of Dramatic Art in London.

Stephen Sroka grew up in poverty in a housing project and a single-parent family. His third-grade report card read, “Parent notified boy is retarded.” His high school counselor told him that he didn’t have the IQ to go to college. But Sroka knew that education was the only way out of his circumstances. His childhood disabilities and experiences were “gifts” or “grit” that offered unique opportunities that helped him become a better person and educator.

Today, Sroka is an internationally recognized motivational speaker and consultant on adolescent health education, school safety, brain-based learning, dropout prevention, and leadership building. He has presented before schools, colleges, and education groups worldwide and on Native American reservations for more than 30 years. After suffering a cardiac arrest during a school presentation in 2016 and being assisted by school staff, medical experts, and many others, Sroka’s motivational message about the “Power of One” transformed. His new message: The Power of One and the Power of Many are needed together to make meaningful change.

Sroka is an adjunct assistant professor for the School of Medicine at Case Western Reserve University and president of Health Education Consultants. He received the Outstanding School Health Educator Award from the American School Health Association, was selected the Disney Outstanding Health Teacher of the Year, and was inducted into the National Teachers Hall of Fame.

For more information about the NSBA Online Experience, go to www.nsba.org/nsba2021.