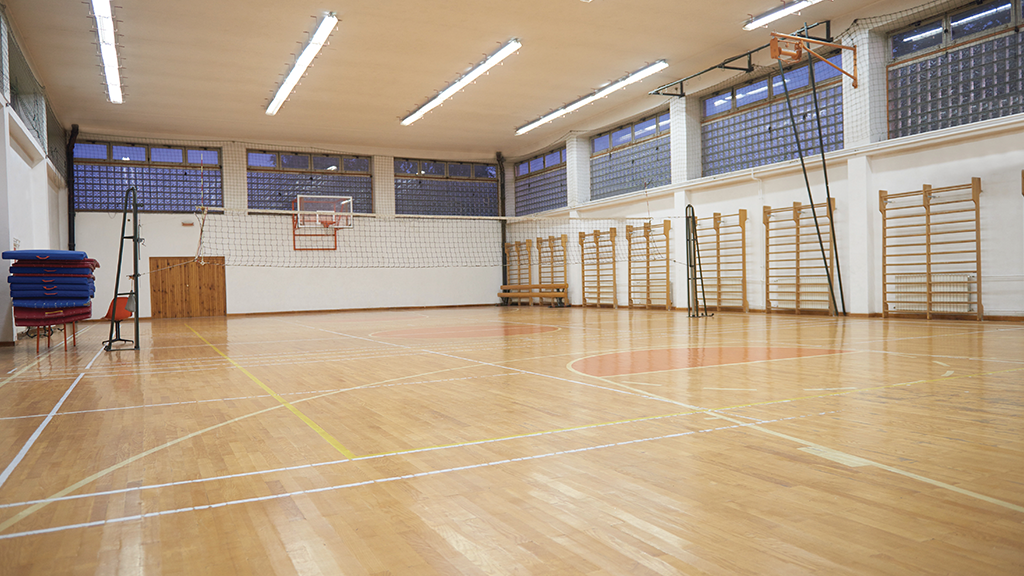 When physical education researchers Tara Blackshear and Brian Culp decided to write a resource guide for PE practitioners about the need for equitable, antiracist curriculum and teaching practices in their field, they anticipated that their message would be met with skepticism by some.

They knew that discussions around social justice, culturally responsive teaching, and the harm associated with anti-Blackness in physical education have been slow to gain traction. In fact, they say, they’ve met health and PE educators, teachers-in-training, and coaches who reject the notion that these issues are relevant to their classrooms, locker rooms, gyms, or communities.

For others, “just to bring this conversation to the forefront, you would have thought that myself and Dr. Blackshear had decided to do some criminal terroristic activity,” says Culp, a professor and chair of the department of Health Promotion and Physical Education at Kennesaw State University in Georgia.

But Culp and Blackshear, an associate professor of kinesiology at Maryland’s Towson University, argue that PE should not be absolved of the critique underway in education about inequities and structural racism, “no matter how positively we perceive our subject matter.”

Evidence of documented inequities in PE resources, facilities, and programming, racist thinking, systemic bias, and the resulting harm and turmoil to students of color confirm the need to shed light on these conditions, especially given the nation’s growing acknowledgment of racial injustice.

Although not the first or only advocates to emphasize the need for equity and justice work in physical education, Blackshear and Culp say they know firsthand the conditions that can prevent Black and other students of color from having positive physical education experiences.

Long before they became university professors educating the next generation of health and PE teachers, “we were Black youth, so we’ve also had that perspective of what physical education should look like, how it can be improved for the betterment of Black students,” says Blackshear.

Physical education in American schools is “a microcosm of society” and “a place where everyone passes through,” Culp says. “But how the subject is taught doesn’t always serve Black students as well as it could.”

School leaders committed to achieving measurable and sustainable improvement in educational outcomes for minoritized groups of students will find considerable overlap in the equity and access issues confronting academic subjects and health and physical education, say Blackshear and Culp, authors of the book Critical Race Studies in Physical Education. 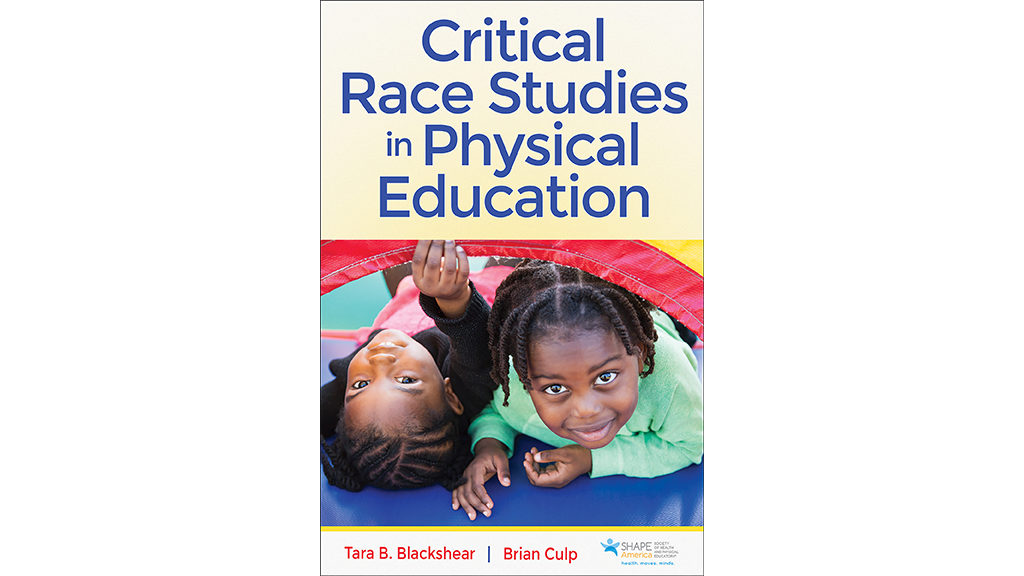 The title of their book, they explain, was selected long before a “created panic” erupted over the similar-sounding critical race theory (CRT). Additionally, their book is unrelated to CRT, the decades-old legal framework examining how race and racism have shaped U.S. institutions, the authors say. Instead, the resource guide focuses on creating more “inclusive, supportive, and empathetic” PE instruction that validates Black students’ self-worth.

Evidence suggests such support is often lacking, say Blackshear and Culp: A review of physical education texts they conducted two years ago revealed, for example, few mentions of the diverse issues facing Black youth and those who educate them.

They cite a 2017 analysis of New York City Public Schools’ physical education program that found Black students receive less time allocated to physical education, do not have certified PE teachers, and have inadequate gymnasiums and outdoor spaces, especially during the primary years.

It’s a trend seen nationally and within districts, Blackshear says. She recalls, for example, observing more affluent schools with a high enrollment of white students offering elementary health education. That valuable programming was not available in the predominately Black, lower-resourced schools in the same district.

Culp and Blackshear’s book features a series of case studies, based on real-life situations in PE, that illustrate how racism, sexism, bigotry, and other conditions directly impact Black students’ sense of self and wellness but get inadequate attention. Among themes examined:

Physical education curriculum is “Eurocentric, very heteronormative, and typically excludes girls and women,” Culp says. While the needs of girls and women, in general, are marginalized in this setting, the long-term ramifications can be particularly harmful to Black girls and women. Research shows that Black women get less nonwork-related physical activity—for fitness, relaxation, or fun—than almost every group of women due to various “intrapersonal, interpersonal, and community- and environment-related” factors, he explains.

While athletically talented Black students are often celebrated and valued for their physical feats, we also live in a society “fearful of Black bodies,” Blackshear says. Evidence of that can be seen in the over-identification of Black male students in special education, especially for emotional regulation challenges; the criminalization of Black boys—and increasingly Black girls—via the school-to-prison pipeline; and police violence disproportionately enacted on Black citizens, she says.

Culp points to the work of Yale University sociologist Elijah Anderson, whose most recent book, Black in White Space: The Enduring Impact of Color in Everyday Life, examines how Black people have historically been subjected to unspoken “white codes” that limit where they are supposed to physically move in society.

Media reports of Black people harassed, and worse, while pursuing recreation—biking, jogging, trying to enter a water park, even bird-watching—are examples of these continuing limits.

“The Black body, over the course of history, globally, is looked at as negative, unless we are entertaining or doing some type of athletic accomplishment,” Culp says. “Being a normal Black person walking around in the world is sometimes not necessarily accepted by society.”

The benefits of high-quality physical education and consistently engaging in physical activity are vast and well documented, from physiological improvements to increased brain activity that supports the retention and enhanced understanding of classroom content.

“Movement is just the medium in which we teach a lot of things,” including mental and physical strength, teamwork, decision-making, and even Newton’s laws of motion, Blackshear says. “Often, it’s easier for students to understand classroom content when they actually can move through it,” she adds. “If you look at some of the better science educators, they have their students standing up, moving through the Krebs cycle, and so forth.”

Physical activity and physical play are essential to closing academic disparities because “there’s a significant correlation with increased physical activity during the school day, increased health and wellness, and increased academic performance,” says Martha James, an associate professor in the School of Urban Studies and Education at Morgan State University in Baltimore. James, a former PE teacher, also is a former Baltimore City Public Schools board member.

One benefit of PE that doesn’t get enough attention is the sense of community it provides. “It’s one of the few spaces that you can get pretty close to your peers in a more community-based orientation, which is a lot of how Black communities operate within the cities and the areas in which we tend to navigate,” Blackshear says. There also can be simple joy and fun in moving, she adds.

Practitioners in the field

To help increase positive PE experiences for Black and other minoritized groups of students, Blackshear and Culp emphasize a need to increase teacher diversity in physical education, with more teachers representative of the racial makeup and background of the students in the nation’s schools; more white teachers adequately prepared to engage, support, and respect the heritage, home lives, and history of students of color; and the need for more educators of all backgrounds to be educated in challenging racist behaviors and practices and affirming Black students’ capabilities and worth.

All teachers, they write, “must make it a point to listen to the stories of those who live in the community to help uncover factors (positive and negative) that affect students’ lives.”

A similar imbalance exists in the pipeline of future K-12 health and PE teachers. Data from SHAPE America, the Society of Health and Physical Educators, show that the 67 percent of the PE teaching and coaching degrees awarded in 2017 were to white students, 14 percent to Black students, and 9 percent to Hispanic or Latino students.

Among health teacher education degrees awarded, 62 percent were to white students, 16 percent to Black students, and 10 percent to Hispanic or Latino students.

SHAPE America recently held a series of roundtables focused on increasing diversity in the field. “We know how much research shows that kids learn better when they have access to a teacher or a staff person in school that looks like them, that they can identify with,” says Carly Wright. “Our national board of directors has really made a strong recommitment to EDI.” Wright is SHAPE America’s vice president of advocacy and equity, diversity and inclusion.

Among other things, Wright points to a $2 million grant from the Centers for Disease Control and Prevention that will be used to support a “robust school health equity training model.”  A nationwide cadre of trainers will be developed to advance healthy schools and district wellness through equitable and inclusive programs, policies, and practices, she says.

As part of that project, the association plans to relaunch an online community that will offer peer networking, mentor matches, communities of practice, and expanded education resources, such as an already launched equity, diversity, and inclusion podcast.

If there’s a takeaway for school leaders wanting to ensure a more equitable physical education program, it would be for them to talk to students and parents about their interests, needs, and concerns, Blackshear says. “Too often, the ones we’re trying to help the most, we’re ignoring the most. We have to ask, ‘Are we really listening?’”

Michelle Healy is associate editor of American School Board Journal.