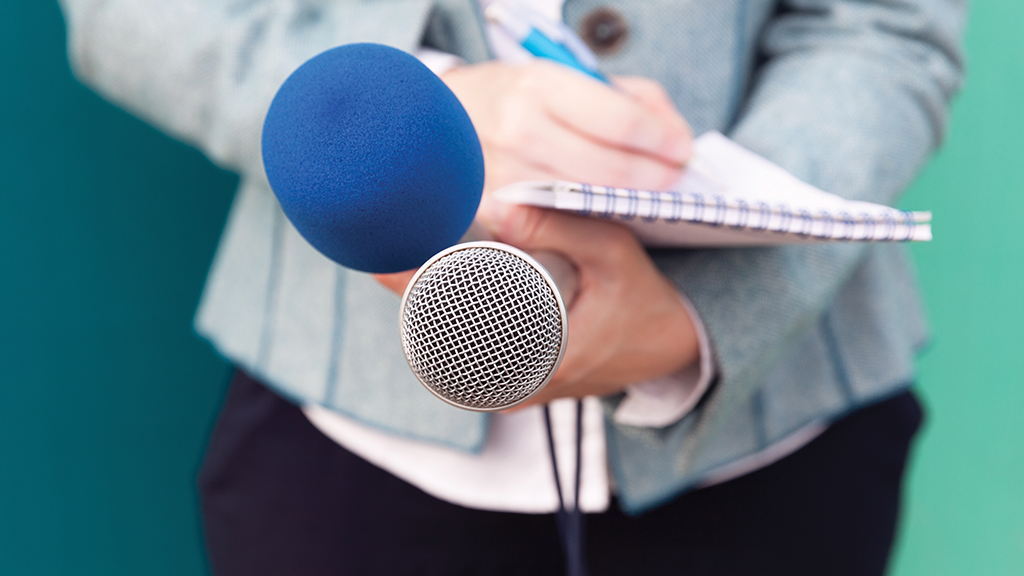 When I left my newspaper career and moved into school communications, I joined what my journalist friends called “The Dark Side.” It was an interesting challenge: four small but very different districts had been consolidated into a single school system that now served 15,000 students.

Having a full-time communications person in a system that size seemed like a no-brainer, but it wasn’t until a redistricting effort failed badly that the district realized it needed someone to serve as a crossing guard between the media and the schools. And given that I had worked for one of the county’s newspapers, I had a built-in advantage because I knew what the journalists needed to get their jobs done.

Key to my role was building trust and educating my peers, several of whom were not fond of “the media” and refused to return reporters’ calls. Lack of trust, which leads to a lack of respect, is an all-too-common disconnect that we still see today, not just between journalists and educators, but between school leaders and the communities they serve.

On some days, it may seem like building trust is more difficult than raising test scores (and often it is). Getting to the root of misinformation may seem impossible (and sometimes it is). But, while acknowledging that every community is different, you have an opportunity to mend most of the disconnects that exist by relying on some simple rules and solid, honest communications.

I’ve never forgotten that phrase, which I heard within a week of starting in my new role and have used frequently since. The first time was at a training session with central office staff and building-level administrators, some of whom were chafed because they were used to talking to the media whenever they pleased and did not like having to go through a centralized system.

I get it. As a journalist, I disliked having to go through “gatekeepers” to get a story. But I also explained that not establishing some type of system—a communications loop in which the central office was kept informed about the stories they would read or see the next day—was the easiest way to fester rumors, confusion, and misinformation.

Explaining this to a group of people who were largely receptive—there are always exceptions—I said I was not trying to do their jobs, but to provide support and advice if needed. I also explained the different pressures the media was facing, and the reporters’ lack of knowledge on how schools operated.

At this point, I added five simple rules that I still abide by:

Honesty is the most important rule. Never lie to a reporter. Don’t necessarily give up the farm, but don’t lie. You will get caught, maybe not now but eventually, and the consequences are not worth it.

“No comment” is a defensive phrase that immediately creates distrust. If you can’t answer a question, explain why you can’t in a non-defensive and proactive way. Personnel matters are confidential. Opinions are valid but not a substitute for facts.

3: Accentuate the positive. You can’t eliminate the negative.

Acknowledge the “negative”—if it is truly negative—and emphasize what can be done to resolve the issue. If questions are obscure or too long, take a moment to clarify and restate them. Focus on solutions. If test scores are poor, or if a procedure needs to be fixed, talk about what you’re doing to solve the problem.

4: Give the media what they need, not necessarily what they want.

Building trust can be tricky with the media. A reporter has the right to ask any question on any topic and to expect an honest answer. If you don’t know the answer, help find someone who does. At the same time, you don’t have to go beyond the basics unless you feel that trust has been established.

Having been on both sides of the fence, this is without question the most frustrating thing for a journalist. If you don’t have time to talk to a reporter, take a moment to call or email the person back (or have someone do it for you) rather than ignoring the request outright. If you can’t or don’t want to participate in a story, let the reporter know instead of leaving them hanging. Just because someone calls you for a story doesn’t mean you have to do it, unless it is in the best interest of your school or district. But professional courtesy is appreciated.

While these rules are media focused, they are just good common sense when it comes to talking to anyone about your schools and building trust between your district and the community you serve.

I can’t finish this column without acknowledging the passing of Nora Carr, one of the best and most respected representatives in school communications. Nora was ASBJ’s first communications columnist and a longtime contributor to this magazine. She also was a good friend, mentor, and sounding board, always thoughtful, compassionate, and inclusive. Most important, she fiercely defended and protected youth who were overlooked and underserved.

Nora, who died in June at the too-young age of 63, was chief of staff for North Carolina’s Guilford County Schools for 13 years and served two stints as the head of communications for Charlotte-Mecklenburg Schools. She also was a past president of the National School Public Relations Association.

In June 2021, just before Nora left Guilford County to work for the Z. Smith Reynolds Foundation, I interviewed her for this column. You can read the article here: https://www.nsba.org/ASBJ/2021/june/turn-stereotypes-upside-down.

Glenn Cook (glenncook117@gmail.com), a contributing editor to American School Board Journal, is a freelance writer and photographer in Northern Virginia. He also spent five years as a communications director for a North Carolina school district.