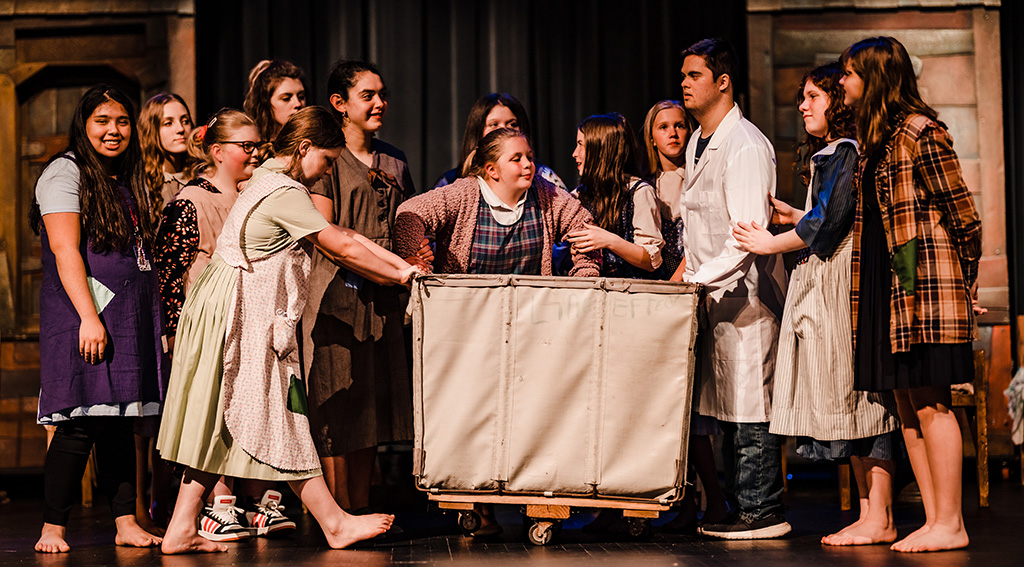 In 2016, the Corsicana Independent School District, in Corsicana, Texas, set forth on a mission to cultivate each district student’s individual strengths, while applying specific measures to encourage advancement in their weaknesses. This mission was to ensure each student would develop the ability to become successful and engaged citizens for future generations to come.

Recently, a program emerged from the initiative to cultivate a feeling of unity and belonging: The Penguin Project. The name comes from the characteristics of penguins: They don’t fly, but they can do everything else. The project is a theater production in which all roles are filled by students with special needs. It allows students to shine and to demonstrate their strengths. Students are joined on stage by peer mentors who work alongside these students through rehearsals and performances.

Corsicana earned a Silver 2022 Magna Award in the 5,000 to 20,000 enrollment category for the Penguin Project.

The original intent was to address the inclusion needs of students. However, after the project’s first performance, the district saw it as a transformative project across the community. Corsicana invests in the project to facilitate positive, inclusive culture change and community engagement and to bolster confidence in students. The plays have included the musicals “Annie” and “Frozen.”

The Penguin Project addresses an immediate need for all students in an innovative way. Altering the typical play production strategy allows the district to include all students and community members in this program. Likewise, its inception allows for a deep partnership between all students.

In changing typical play casting, the project involves all students, including those who would typically be excluded from such productions. The project fosters an inclusive community culture as it connects a performer and a mentor to act as partners throughout rehearsals and the production itself. Students in grades four through 12 work together to achieve this goal.

Not only are students rehearsing, but they also are participating in a social time allotted to each practice. This allows for social skills to develop in both student populations. Meetings are held to educate mentors about different disabilities and how they can manifest in the daily lives of students, adding to the educational nature of the project.

By designating fiscal and human resources, the Corsicana administration promotes respect for differences and interaction among students, with or without disabilities, by adjusting the design of play production.

The Corsicana school board sets every project, mission, and allotment in motion with three core values: “We believe that we must educate every child, provide every child the greatest opportunity to learn, and maintain a safe and secure environment: physically, emotionally, and academically.”

The Penguin Project meets those core values by fostering an environment in which every student is growing and learning to their maximum potential. Students with additional needs report feeling valued, more confident in themselves, excited to have new friends throughout the school day, as well as feeling like they belong.

Although many may envision this as simply a way to involve students with additional needs, the reality of the project demonstrates students in the general education setting who serve as mentors equally benefit. This can be seen in inclusive attitudes, strength in recognizing the manifestation of a disability, and confidence in building a relationship.

Many mentors have stated they are now more confident and comfortable interacting with individuals with disabilities. Parents have noted they see changes in their child, and this project has positively affected their family unit. Likewise, this project fosters a community of acceptance which will only allow those in the community to aid in the school board’s mission and vision for a unified community.

Based on trends and established baselines, the team projects a continued positive impact. Students, parents, and the community report progress toward an inclusive culture and confidence. Students, staff, and community involvement have also increased from the previous year’s performance. Parents say that they have seen tangible growth in their children. This has, in turn, created buy-in from families, community members, and students.

Current trends demonstrate positive impact on attendance and engagement, student confidence, deescalated behaviors, and an increase in communicative efforts. Likewise, some student partnerships survived beyond graduation, and the students have remained in contact as they pursue new goals.

Evidence to demonstrate improved learning or employability is occurring can be directly reflected in student, parent, and community interviews. Whether it is a mentor who has now decided to seek a new career path or a parent who is proud of the confidence their child now displays, the team, district, and community have observed positive changes regarding inclusively, culture, and student confidence.

The district is putting data collection efforts in place to gain quantitative data to measure the positive trajectory of the project, such as parent surveys, pre-program surveys, the Social, Academic, and Emotional Behavior Risk Screener survey for students and teachers, and the Standard Comprehensive Child and Adolescent Needs and Strengths rating sheet.

The first production of the Penguin Project cast 29 students, from grades four through 12, with staff volunteers. This year, the production has a cast of 76 total members and multiple production team members. It is an objective of the project that the number of roles filled by students increases each time. The Penguin Project began with a script that did not require a large cast. Currently, given the success of the project, student participation has greatly increased.

The project is currently funded by the district, community partnerships, and program sales. Due to the accessible nature of the program, many schools already possess the necessary means to implement the program. However, the project can be adjusted to the mission and vision statements of each district if the district adheres to the basic framework of the project.

These requirements are well-known play scripts, students from both special education programs and general education, facilities in which the students can perform, and the structure of rehearsals.

Corsicana plans to invest the majority of funds needed to grow and sustain the program. However, due to the positive outcomes and the recent release of a promotional video (https://youtu.be/togAD9rVpF8), the Corsicana community has increased support through donations and sponsorships. Community businesses are excitedly displaying penguins in their businesses to demonstrate they have sponsored the project. This increases community awareness of the project and the students it serves. 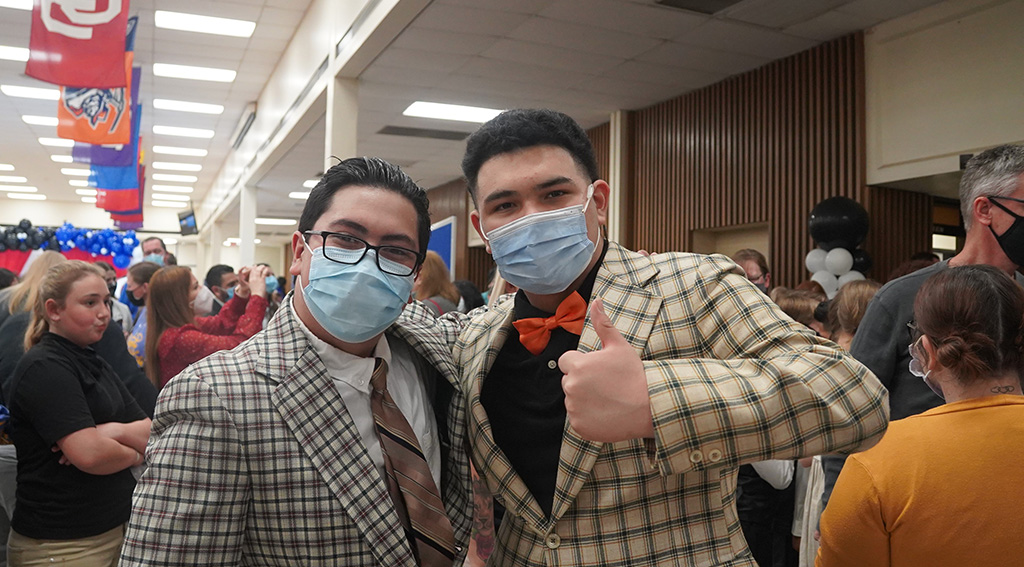 Margie Crow (mcrow@cisd.org) is the facilitator of the Corsicana Regional Day School Program for the Deaf. Elmer Avellaneda (eavellaneda@cisd.org) is associate superintendent of Corsicana ISD. This article was adapted from their Magna Awards 2022 application.