This morning, somewhere in America, a small child woke up excited, ate breakfast, grabbed her bookbag, and ran to catch the bus. She greeted her school bus driver, “just one” of the many bus drivers who rise early each morning to take a bus full of children to their school.

When the bus arrived at school early this morning, the little girl and her friends on the bus were greeted by just one administrator and just one teacher who had morning duty. On the way to class, the little girl and her classmates were greeted by just one custodian, just one cafeteria manager, just one guidance counselor, just one school nurse, and just one teacher’s aide. Just one first-grade teacher waited patiently at the door of her classroom to greet her eager learners. And later that morning, because it was “Read Across America Day,” just one school board member arrived to read one of her favorite childhood books to the class. All of these are “just ones” who individually and together help make a difference for the children in our public schools.

For many years, public schools have been under attack—in our home states, in the media, and at a national level. But, proponents of public education know the true value of public schools and continue to band together. From teachers banding together to march on their state capitols and on the nation’s capitol, to the administrators’ associations supporting growth in public schools, to NSBA’s advocacy for full funding of IDEA, our voices that began as “just one” are together becoming a mighty roar.

But, we’re not alone in our support of public education. The public also recognizes the value of public education and its need for investment. A recent national poll commissioned by NSBAC found that, among likely voters, 64 percent think funding for public schools should be increased and—of those who believe funding should be increased—eight out of 10 would support an increase in funding even if it meant they would pay more in taxes. The poll also found that 73 percent of voters agree that public funds should NOT be taken away from our public schools to fund private, religious, and home school education.

Further, 64 percent of voters are much less likely to vote for an elected official who supports taking away funds from public schools to give them to private schools. As a longtime school board member and public school advocate, I’m delighted to hear that there is such a high level of public support for our public schools. And rightfully so.

So, when we go home from the marches on state capitals and our nation’s capital, we go from being part of a collective voice combined for a mighty roar in support of our public schools back to being just one teacher or just one administrator or just one school board member. But we must remember the difference we can make for that “just one” child who may be living in or close to poverty, has special needs, is being bullied, or is not getting the support needed and deserved. Each of us, just one of many, and also just one, must remember the difference we can make. 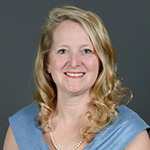