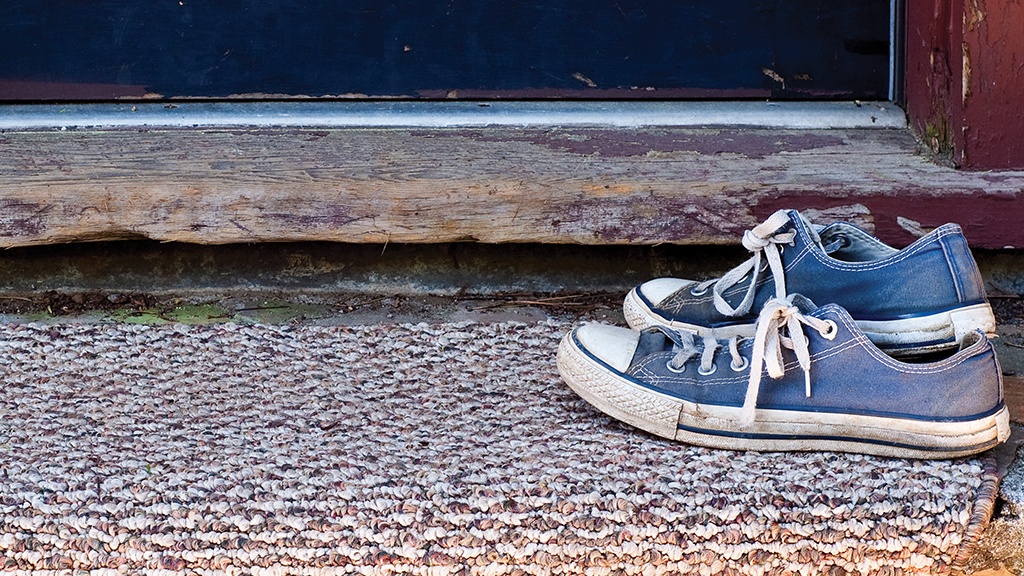 When Elizabeth Villanueva, a Spanish teacher at Luther Burbank High School in Sacramento, California, noticed one of her sophomore students was smart but inexpressive, she visited the girl’s home to learn more about her.

Villanueva discovered the girl’s parents were undocumented immigrants from Mexico, and the father was at imminent risk of deportation.

“That was creating the stress and anxiety levels,” says Villanueva, who provided information on immigration lawyers and shared her personal phone number to lend support.

The practice of teachers scheduling a trip to their students’ homes to meet families is becoming more common in school districts across the country. These visits, says Villanueva, are “a powerful resource for building meaningful relationships.”

Visits foster cultural awareness, help develop empathy, encourage engagement, and have been shown to improve both academic achievement and attendance. While all students benefit from the practice, home visits are particularly helpful for immigrant, bilingual, and economically disadvantaged families.

Typically, communication between schools and families happens only when students are having trouble or misbehaving. “These conversations tend to be driven by an administrator or teacher, so there are also power dynamics here, especially with marginalized communities, even if they’re not aware of it consciously,” says Steven B. Sheldon, a research scientist with the Center for School, Family, and Community Partnerships at Johns Hopkins University in Baltimore.

But when educators use home visits to build respect and establish trust with students and families, the results can be transformative.

“It really breaks down divides,” says Gina Martinez-Keddy, executive director of Parent Teacher Home Visits (PTHV), a nonprofit organization offering training and support to a network of more than 700 communities in 27 states. “Once you have those mutually trusting relationships between educators and families, every other program and every other intervention will probably work a lot better because of that foundation.”

Based on Sheldon’s research, in school districts that followed the PTHV home visit model, students whose families were visited by a teacher were 21 percent less likely to be chronically absent.

To Sheldon’s surprise, the home visits also benefited students even if their family didn’t receive a home visit. In schools where teachers visited 10 percent or more families, students were 22 percent less likely to be chronically absent, and 35 percent more likely to score proficiently on standardized English language arts tests.

The PTHV model is based on two visits — one before school starts or at the beginning of the academic year, and one in the winter or spring.

The model has five core practices. Visits must be voluntary both for families and educators. Discussions at the first visit focus on hopes and dreams, not academics or behavior, either of which may be brought up at the second visit. To prevent stigma, no individual student or group is targeted for a visit. Educators go on visits in pairs and then reflect on the experience afterward. Finally, educators are compensated for their time, though the amount varies by district.

A single school can see significant results. However, when you have a larger coordinated effort, says Martinez-Keddy, “you are likely going to affect many more students, families, and educators, as well as have the opportunity to shape school and district culture in a much bigger way.”

At one point during the most recent economic downturn, more than 800 of the 6,200 students in McDowell County Schools met the federal definition of homeless. The district is in Marion, North Carolina, one of the poorest counties in the western part of the state.

Home visits in this mountainous region include a busload of teachers and principals visiting spread-out communities, donating backpacks and other school supplies to isolated families — many of whom don’t have fond memories of their own educational experiences.

“Just like a lot of rural America, we have a really high population here who were high school dropouts over the generations and didn’t necessarily have a good relationship with schools,” says Superintendent Mark R. Garrett. “They can even tell you the person who kind of ran them out. We’re trying to flip that mindset in the community, to say ‘We want you here. We want to connect with you.’”

That effort is paying off. The district’s four-year graduation rate, for example, has risen from 72.9 percent in 2010 to 85.3 percent — the highest it has ever been — in 2018. Parent involvement not only has increased, but so has support from local government agencies, businesses, and industries.

Educators cannot acquire the same depth of knowledge about a student’s cultural background—particularly if they have never had exposure to it — without a home visit, which should be mandatory, maintains Leslie Wilson, the school and family engagement coach for the ESL Department at Newport News Public Schools in Newport News, Virginia.

The district has more than 1,500 English language learners who speak 46 different languages and come from 52 different home countries. Wilson regularly uses a phone interpreting service that can handle more than 200 languages.

“You just see the expressions on their faces when they have somebody to talk to,” she says.

Using an interpreter adds time to the visit, but educators should go in prepared to spend up to an hour at one address.

“We live in such a time-oriented society and not all of our families are the same way,” she says. “It’s not ‘I have 20 minutes and I’m out.’ Sometimes they won’t even start talking to you before they have the fruits and the cookies and the drinks out.”

Families make various efforts to be welcoming. In Wilson’s experience, families from the Middle East try to accommodate American culture by having a space with couches, though they tend to sit on the floor, on pillows, when by themselves.

April Vazquez, ESL instructional supervisor for the district, says the visits help families access precious resources. On one of her home visits, the fire alarm was chirping but the family seemed immune to it. Vazquez pointed to the alarm and asked permission to take a look. There were no batteries, so she went to the store and bought some. That same month she ran across the same situation; she asked her secretary to order batteries and now encourages staff to have them on hand for home visits — and to use the opportunity to teach families about fire safety.

“They’re learning to live in a new environment, in an American type of home,” says Vazquez.

What if a family member is a drug dealer? What if there are unsecured guns in the home?

These are common questions from educators at home visit training workshops led by Eric Johnson, an associate professor of bilingual education at Washington State University, who several years ago built a home visit tool kit for the Office of Superintendent of Public Instruction in Washington state.

“The most common roadblock is educator anxiety, until they actually do a visit,” he says. “I’ve been doing this professionally and have never heard of any safety issues.”

And once that visit takes place — once educators have a better understanding of a student’s background knowledge, accumulated life experiences, world views, and other aspects of what is known as “funds of knowledge” — classroom practices change for both teacher and student.

When teachers integrate a student’s background knowledge into a lesson, for example, it makes that lesson more accessible, and therefore more engaging, for the student.

One teacher Johnson worked with, after learning that a boy’s father was an exterminator, asked the boy to help develop a science lesson about the skeletal formations of insects. Another asked a girl who helped her mother cook every night to help develop a recipe for use as a math and language arts lesson.

The connections don’t have to broadcast an obvious link to a family’s heritage, says Johnson: “This way, teachers really get to know kids and families as individuals, regardless of what culture they come from. It’s not, ‘We have students who are from Mexico so we’re going to study Mexico.’”

When it comes to safety and trust, concerns can go both ways.

Sometimes when parents are wary of why an educator would want to speak with them — because of their own past, because that wasn’t the protocol in another country, or because they’ve only heard from the school when there was a problem — they’ll try to push off a request to connect.

For this very reason, Sarah Marchel, an ELL teacher at Wahluke Junior High School in Mattawa, Washington, recently changed tactics when trying to set up a home visit with a mother who has three children.

“She assumed her daughter was in trouble because the two older kids had only had negative interactions with the school, so she kept coming up with reasons for denying us,” explains Marchel, who spoke about the importance of home visits at a national conference this spring. “So we tried something different. We called to let her know how well her daughter was doing, and on that fifth try, she allowed us to visit.”

As with Vazquez, Marchel gets the chance to see firsthand what resources families may need. She has collected donations from staff for a living room set, a kitchen table, and other necessities.

“It has been a very humbling experience for me,” she says. “I have students begging me to go to their houses now. And when their parents come into the school, they shake my hand and even give me hugs.”

One parent in the Newport Independent School District in Newport, Kentucky, would only allow a teacher to stand outside the gate during her first visit. The next year, the teacher made it to the porch. The following year, the parent invited the teacher into the house.

With a large Hispanic population and a 92 percent free and reduced-price meal rate, Newport ISD sets up one day in late summer for home visits. Banners throughout the community and pre-recorded phone calls advertise the event. Teachers wear the same shirts and use business cards and door hangers supplied by the school board. Administrators man strategically placed water stations. Superintendent Kelly Middleton, along with other central office administrators, drives around to be of assistance if needed.

The annual event draws positive media attention, the number of community volunteers in schools has gone up, and the trust that gets built between schools and families means that issues usually get resolved before making their way to the school board, according to Middleton.

Teachers tend to start home visits with families they feel more comfortable around—and there’s nothing wrong with that, according to Sheldon, the researcher.

“We have to be real. We’re human,” he says. “Sometimes it’s important to start with the low-hanging fruit, to get our toe in the door so that it’s easier to walk through the door.

“But don’t expect this to be successful overnight or even over the course of a year,” he adds. “This kind of work isn’t necessarily going to have an immediate impact. This needs to be part of a larger culture-building effort.”

The work happens in a systematic way when there’s leadership behind it providing the vision, voice, and resources.

“We encourage people to go into this with the mindset that it’s about building relationships, period,” says Martinez- Keddy from PTHV. “Do that, and you’ll likely see the outcomes you want.”