School board re-election campaigns are a funny thing. You like to think that you will be re-elected, but in the back of your mind you have doubts. You campaign and celebrate endorsements and hold your breath on election night. And, then it’s over.

I did not win my re-election this past fall. Let me explain…

California is a diverse state but for the most part, our locally elected school board members are not. Latinos account for approximately 40 percent of the state’s population yet comprise only about 15 percent of the statewide total of elected officials. Asian American/Pacific Islander and African Americans are underrepresented to an even greater extent.

Given California’s demographics and knowing that school board membership is not reflective of school districts as a whole, the California Voting Rights Act (CVRA) was introduced. The law lessens the burden for ethnic communities to challenge “at-large” election systems which ultimately dilute their ability to elect a representative candidate of their choice.

Most California school boards elect their school board members by holding city-wide, winner-take-all elections, in which voters vote for as many candidates as there are seats. This allows a majority of the electorate to control all the seats of an elected body.

The CVRA combats this dilution by eliminating “at large” elections for “single seat district” elections. Many California communities are now adopting this more representative election system.

After learning about CVRA, I requested that my district hire a demographer to look at our voting patterns. I was concerned that I was an unwilling participant in an election process that promoted ethnic bias and created racially polarized voting. If true, it would be something that I could not in good conscience tolerate–even if it cost me my seat on the board.

To make a long story short, it was determined that racially polarized voting had indeed taken place in our past elections. It took about three years to work through the process and issues, and have courageous conversations with my fellow board members, facilitators, attorneys and demographers, and most importantly – our community.

After board action, our seven at-large seats became seven smaller districts each balanced ethnically and each allowing for the possibility of better community representation through our own election process.

Now that the November elections are over and the dust has settled, the Santa Rosa City School’s Board has transformed from being primarily a white male board to one that is much more diverse and representative. The majority is now female. The majority is now people of color. And, there are members who are in their 20s, 30s, 40s, 50s, and 60s, all of whom will bring new experiences and insights to the board table.

So, while the election result was not what I planned for, the outcome was what I wanted, proving to me that removing barriers can result in a more representative and diverse board.

What would you have done? Knowing what I know about school board members – I’m sure you would have done the right thing too. 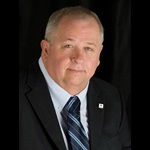